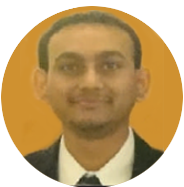 Today, there are many reinsurance companies of varied size, operating across various countries and regions. Below is the list of top twenty reinsurers as published by the rating agency A.M BEST. The top slots are occupied by the age old Munich re and Swiss Re followed by various other markets. Another interesting fact is that the top ten players are writing over 70% of the total life and non-life unaffiliated gross reinsurance premiums and it shows that the market dominance is being continued by a handful of players.

Back to 26th November, 2008, the fateful and jinxed day when terror struck Mumbai and the ordeal ensued, a pall of gloom descended in the wake of the massive massacre of human lives and properties. Most of us watched it with a sense of horror and compassion but a cluster of people and company viewed it with a different angle in addition to looking at with a common thread of commiseration enveloping each of us. Their main contemplation was how to support the affected and bring the normal life back. They came forward with their coffer to offer help. These are none but insurers and reinsurers and their underwriters and claims team. Sitting across miles afar whether in London, Dubai or Singapore, these typical people looked through the same lens of reinsurance and fulfilled their contractual obligation. The examples are not too far to seek- whether it is the Japan’s devastating earthquake or Thailand floods or missing of Malaysian airlines, the ripple effects of which touch the shores across the various frontiers and thus they extend stability and diversification to the insurers. The significance of reinsurance is therefore sui generis and reinsurers are truly a ‘friend in need’ and anally in apocalypse.

It is believed that reinsurance took its birth when Cologne Re, which wrote the first reinsurance treaties in 1852, one decade after the Great Fire of Hamburg. It is then merged and became a part of Gen Re (a subsidiary of Berkshire Hathaway) in the 1990s. In 1863 and in 1880, The Swiss Reinsurance Company was established in Zurich, and Munich Re in Germany respectively.

Today, there are many reinsurance companies of varied size, operating across various countries and regions. Below is the list of top 20 reinsurers as published by the rating agency A.M BEST. The top slots are occupied by the age old Munich re and Swiss Re followed by various other markets. Another interesting fact is that the top ten players are writing over 70% of the total life and non-life unaffiliated gross reinsurance premiums and it shows that the market dominance is being continued by a handful of players.

Ranking of Reinsurers as per 2017 data:

Indian reinsurance is rapidly becoming a force to be reckoned with. It is growing at a spectacular CAGR of close to 20% in the last five years in tandem with direct insurance. In 2016-17, it had clocked total RI premium $4.574 billion as depicted in exhibit 2 in detail. Few years back, it was only national carrier GIC Represent in India. But once regulations allowed the entry of foreign players in 2015, ten foreign reinsurers have opened their shops here along with GIC Re. GIC Re has also become one amongst the top eleven players in the world. The recent boost in insurance and reinsurance in India is largely attributed to the meteoric rise of crop insurance.

The reinsurance industry close to USD 600 billion is bearing the brunt of many challenges. The most teething among them are the following:

When insurance companies merge into fewer while in the same country or become a part of global insurance partner, total reinsurance order automatically comes down. To rub salt on the wound, if it is a part of global big insurance group, it no longer needs to do reinsurance as its risk can be offset with some unrelated policies written in a bouquet of other policies. Moreover, technological amelioration has also facilitated in streamlining this operation. Recent such insurance companies in India are HDFC-ERGO and L&T Insurance in general segment. In a very recent move in Sri Lanka, Allianz local company and another top five player Janashakthi Insurance has been amalgamated by an acquisition by the Allianz group. And these M&A activities are trenchant across geographies, thus leading to less reinsurance requirements.

Due to the intense competition, the net RI rate is becoming abysmally low. This is either making the reinsurer averse to a proposal or taking much less share. Today, in India the fire policy rate is so low that insurance companies survive by Nat Cat premium. This is adversely affecting their overall treaty results. In the exhibit also, it is shown that most companies’ combined ratio is crossing 100% – a matter of concern for he players to sustain their business model.
A well-known regional reinsurer Trust re is downgraded to B++ by A.M. BEST due to its financial statements. This has raised some red flags on the risks being taken by the reinsurer.

Another new set of competition has emerged with a nom de plume ‘ART’. Catastrophe bond is one of them. Many institutional investors have now found favour through another alternative route of investment via ‘Cat bond’. Issuance is gaining ground in past years with investors betting on an asset class which has less to do with market fluctuations and offers an average annual yield of 7%. As per Aon Securities, the total size has touched a new level high of $ 30 billion in the first half of this year. Insurance companies thus evade reinsurance corridor to transfer their risk. The JV between BlackRock, an asset manager, and ACE as an insurer, is a grim reminder of queering the pitch of reinsurers’ fortune.

Globally, retention limit is also broadened the result of which is the less capacity being sought. Just as an example when D&O was first introduced to Indian market, the local market used to be hamstrung by capacity constraint and when it comes to financial institutions’ D&O policy, it would be egregious. However today it has made a tectonic shift and not only does India provide capacity but terms are also very competitive that reinsurance players do not seem to be interested to support the primary markets.

An adage runs by – ‘when remedy turns out to be worse than a malady’. It assumes most significance when regulations try to lay down a set of regulations to protect or safeguard the local interest. His, in turn, runs counter to proliferation of reinsurance. Moreover, local players are more familiar with regulatory hassles which necessitate them to control the risks on their books. A case in point would be taxation treaty among countries or local insurance laws on retention policy of every risk, etc.

Challenges of India’s ambition to be a reinsurance hub

With the entry of top notch reinsurers and government’s ambitious plan to make India a reinsurance centre of gravity, it’s time to shed some light on it. In the current format and status quo maintained by the foreign reinsurers, it may be a chimera to become a global name as a reinsurance trade corridor.

A snapshot of reinsurance business in India is as follows:

If the foreign reinsurers continue to maintain their stand and it is widely conceived that they will do so, it is difficult to move towards country’s reverie-journey with reinsurance.

Need of the hour

The role of reinsurance is primarily construed as a capital provider. However a closer look shows that its role goes deeper than this. It takes along with it required expertise and technology to write a risk. It spawns innovation, new idea and a lot more to manage a peril. When cyber liability is just peeping out from its nestle in India and perceived to be a complex proposition, global reinsurance players lead the way. It puts forth not only support but brings other stakeholders who wield a pivotal role in managing it. It makes the Indian market acquainted with not only the importance of an experienced underwriter but that of a cyber-risk manager like Norton, IT manager like IBM and cyber extortion advisor like NYA in equal poise.

Indisputably, reinsurance smoothens insurance industry by acting as a shock absorber and always acts as a vital cog in the wheel of the sector, whenever and wherever required. However, it is not a crystal ball nor a champion of act of sorcery.

Innovative players will continue to show supremacy by summoning up their courage to roll a rock up the hill and showcase agility and speed across risk analysis, underwriting and capital dispensation to primary insurers to facilitate the aviation of unexplored fields.